Our goal is to make the CVFS data as easy to use as possible. Whether you are an experienced CVFS data user, or a new user, we hope this page provides a helpful overview.

What is the Chitwan Valley Family Study (CVFS)?

Where does the CVFS take place?

What kinds of data does the CVFS collect?

What makes the CVFS unique and useful?

How much data has the CVFS collected? 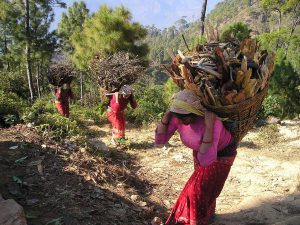 Today, the data include full life histories for more than 10,000 individuals, tracking and interviews with all migrants, continuous measurement of community change, more than 20 years of demographic event registry, and linked human and natural systems.

How is the CVFS funded?

The CVFS is supported by multiple grants from:

What can you do with CVFS data?

If you still have questions, please visit the Data and Frequently Asked Questions. You may also Contact Us with your questions.

©2023 Regents of the University of Michigan